The biggest free agent on the market may be Nnamdi Asomugha. While it is unlikely the Raiders can afford to keep Asomugha, it's not totally impossible. 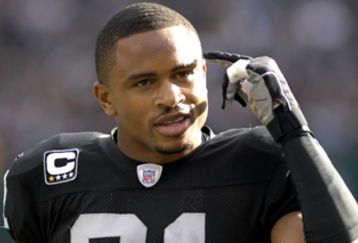 The Raiders face the real possiblity of losing two pieces of their defensive secondary, with Michael Huff poised to also become a free agent. Raiders will wait and see what the market is, but chances are a safety needy team like the Jaguars will bite hard.

Charlie Frye as the thrid quarterback. It's a thankless position and job. Fans would rather have a developmental player, but the coaches like Frye and he will get a chance to be the third quarterback.

The Raiders drafted Richard Gordon and brought in a host of other lineman, but who can replace Khalif Barnes as the sixth lineman? He likely sticks.

What about Zach Miller? He has been the Raiders most productive receiver for the past three seasons. The Raiders will pay whatever is necessary to retain Miller, but he will have other options.

Al Davis and Hue Jackson have hinted that they should have installed Mario Henderson at right tackle earlier. Does that mean he will be back? Probably.

The drafting of Joseph Barksdale and Henderson's performance late in the year leaves Langston Walker twisting in the wind, if that's possible at 350 pounds. He's a good run blocker and the Raiders have a need for lineman.

Samson Satele was given a tender, so he may stick, but my gut says he's let go, backup centers are a dime a dozen. 5%